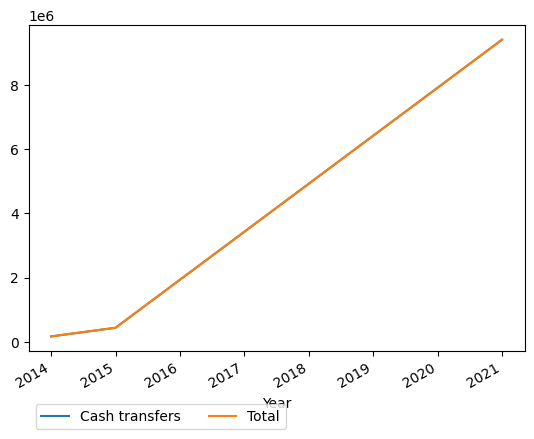 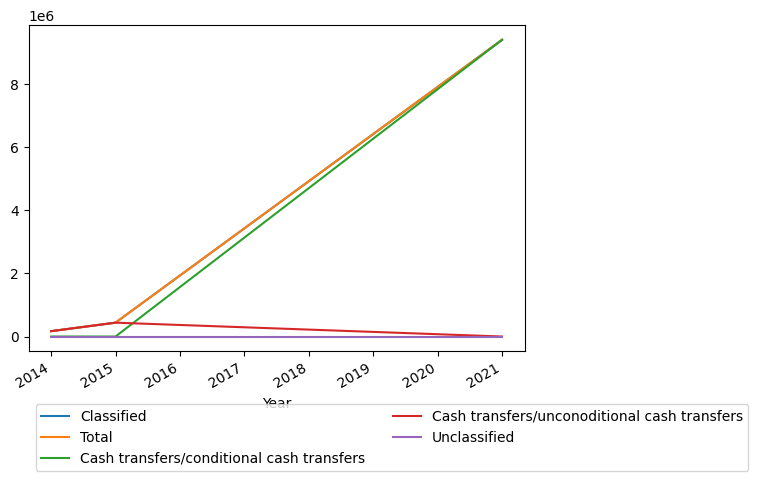 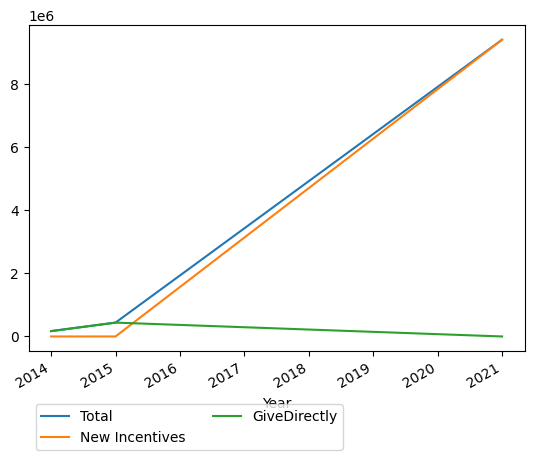 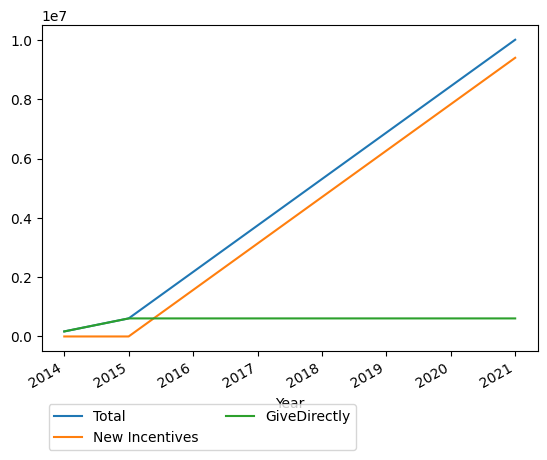 Graph of spending by influencer and year (incremental, not cumulative) 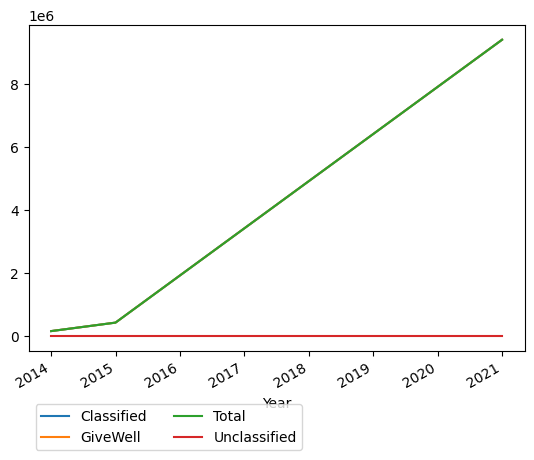 Graph of spending by influencer and year (cumulative) 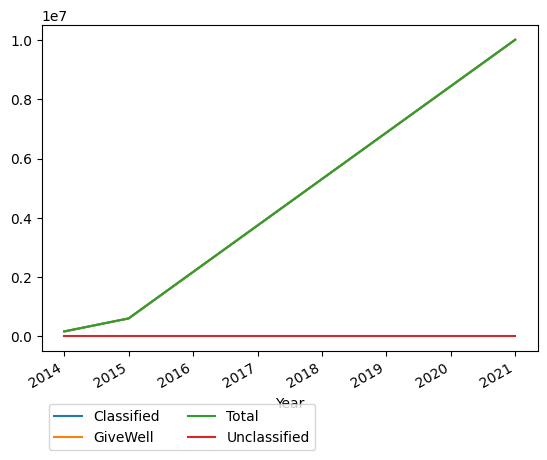