Jeff Kaufman and Julia Wise donations made to GiveWell

Brief notes on broad donor philosophy and major focus areas: The couple makes sure to donate about half of their donation budget for charities that have a direct impact in global health and development, usually based on GiveWell recommendations. See https://www.jefftk.com/p/2017-donations for the latest affirmation of this; and see https://www.jefftk.com/p/why-global-poverty for more explanation of the focus. The remaining half includes effective altruism/movement growth charities (such as the Centre for Effective Altruism) and more speculative charities.

Notes on grant decision logistics: The couple determines their charity budget by computing their adjusted gross income (AGI) with the help of their accountant and then calculating a fixed percentage (usually 50%) of that. See https://www.jefftk.com/p/what-should-income-mean-in-pledging for more details on why the AGI figure is used. They then do a 50-50 or similar split between GiveWell-recommended charities in global health and development, and other areas like effective altruism. The allocations in the GiveWell slice are informed by GiveWell recommendations, the allocations in the other slice are decided based on their own investigation. The actual pacing and modality of payments may depend on personal finances, available payment modalities, and donation matching options. As of late 2017, the couple have started using PayPal Giving Fund where possible because it can use a 2% cash-back credit card without charging either donor or donee any transaction fees, and also does a 1% matching, thus generating an extra 3% altogether. See https://www.jefftk.com/p/paypal-giving-fund and https://www.jefftk.com/p/2017-donations for more.

Notes on grant financing: The couple generally finances grants from savings, but may in some cases borrow money against future earnings to make donations. The latter is the case in 2017 as https://www.jefftk.com/p/2017-donations explains: "This does mean borrowing some money. Modeling our cash flow I think we will have it paid back in March or April. Much of my current compensation is in stock, and I will not start getting that until I will have been back at Google for a year, which will be this September."

Miscellaneous notes: It looks like the 50% of AGI became a target as a result of a compromise between Jeff and Julia: Jeff sought a little less and Julia sought a little more. In 2017, the couple targeted 30% initially, while Jeff was working at a lower-pay but potentially higher direct-impact job at money transfer company Wave. However, it went back up to 50% after he was fired from Wave and returned to Google. In 2011, the couple did not donate because Jeff was working at a startup and Julia was paying for graduate school out of pocket, see note [1] at https://www.jefftk.com/donations Also, note that donations listed in italics are not included as separate line items in the donations list on the Donations List Website; however, the ones among these that are employer matches are noted as employer matches to the corresponding donation. Consistency of totals against the totals listed on top at https://www.jefftk.com/donations was last verified on 2020-10-24.

This entity has also influenced donations by others. 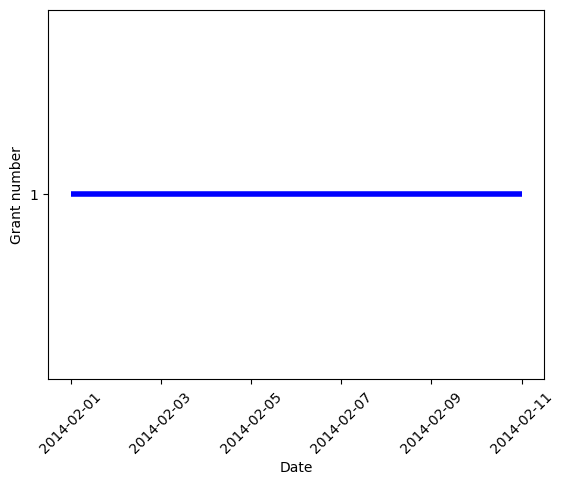