This is an online portal with information on donations that were announced publicly (or have been shared with permission) that were of interest to Vipul Naik. The git repository with the code for this portal, as well as all the underlying data, is available on GitHub. All payment amounts are in current United States dollars (USD). The repository of donations is being seeded with an initial collation by Issa Rice as well as continued contributions from him (see his commits and the contract work page listing all financially compensated contributions to the site) but all responsibility for errors and inaccuracies belongs to Vipul Naik. Current data is preliminary and has not been completely vetted and normalized; if sharing a link to this site or any page on this site, please include the caveat that the data is preliminary (if you want to share without including caveats, please check with Vipul Naik). We expect to have completed the first round of development by the end of March 2020. See the about page for more details. Also of interest: pageview data on analytics.vipulnaik.com, tutorial in README, request for feedback to EA Forum.

We do not have any donee information for the donee Effective Altruism Funds: Long-Term Future Fund in our system. 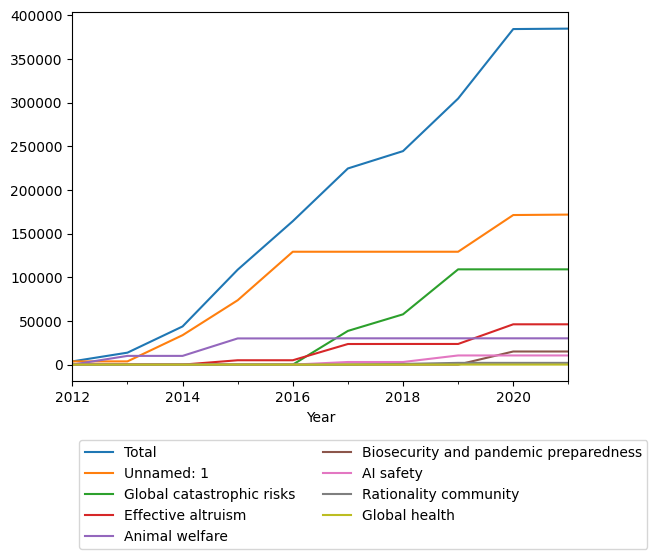